UK-based data firm Cambridge Analytica has declared bankruptcy and is shutting down, amid claims that it illegally harvested data from more than 87 million Facebook profiles to target users with political ads. Media reports suggest that the firm could re-emerge under a new name. 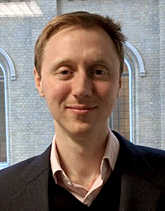 The firm has been accused of illegally collecting Facebook profiles which could be matched to electoral rolls. Shortly after the accusation was made public, CEO Alexander Nix was forced to resign after Channel 4 News screened undercover footage of him offering to entrap the political rival of a reporter who was posing as a wealthy Sri Lankan.

In a statement issued last night, the firm denied the claims, saying that its activities were not only legal, but also widely accepted as a standard component of online advertising in both the political and commercial arenas. According to the company, the 'siege' of media coverage relating to the accusations has driven away virtually all of its customers and suppliers, making it no longer viable to continue operating the business.

The company set up a new data firm called Emerdata last year, and there is speculation in the press that it could be used as a rebrand vehicle for both Cambridge Analytica and its parent company SCL Group. The UK's register of businesses, Companies House, lists Emerdata as a 'data processing, hosting and related activities' organisation, led by much of the management and investors in Cambridge Analytics and headquartered in the same offices. These individuals include Cambridge Analytica's former acting CEO Alexander Tayler (pictured), who became a director of Emerdata in March, and Julian Wheatland, who is an Emerdata director while also serving as a director in the SCL network. In addition, Jennifer and Rebekah Mercer, the daughters of businessman Robert Mercer who created and funded Cambridge Analytica, are Emerdata directors.

Commenting on the closure, the company said in a statement: 'While this decision was extremely painful for Cambridge Analytica's leaders, they recognize that it is all the more difficult for the company's dedicated employees who learned today that they likely would be losing their jobs as a result of the damage caused to the business by the unfairly negative media coverage. Despite the company's precarious financial condition, Cambridge Analytica intends to fully meet its obligations to its employees, including with respect to notice periods, severance terms, and redundancy entitlements'.

The Information Commissioner's Office (ICO) says that despite the firm's closure, it will still 'pursue individuals and directors' as part of its investigation into the allegations.