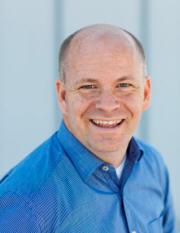 The buy took place last October, with the Swedish firm paying £11m in cash for Smartbox, a British based company operating in the field of assistive technology for communication. Smartbox employs around 70 people and had net sales in 2017 of £9.3m. The CMA immediately opened an investigation of the deal under UK competition law, and the two companies' brands and operations have been held separate pending today's announcement.

Tobii says it will now begin a detailed review of the report - which says the merger may result in a lessening of competition in the UK - and will in parallel initiate a divestment process, although it strongly disagrees with the CMA's decision. Tobii says it believes that 'a merger of the two companies would have led to increased innovation and the possibility to provide a broader range of products, benefiting users with disabilities both globally and in the UK'. However Group CEO Henrik Eskilsson (pictured) comments: 'this was a relatively small acquisition relating primarily to complementing our software portfolio. A divestiture will therefore only have a limited impact on our strategy. Our long-term financial targets for Tobii Dynavox and Tobii Group remain intact'.

The firm is online at www.tobii.com .