Sweden's audience measurement body MMS and GfK have released figures from the first stage of their Audience Ascription Model (AAM), which they describe as a 'major step' toward providing total video rating for Sweden. 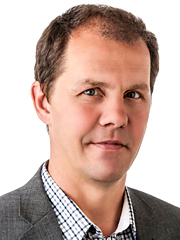 MMS has been measuring and analysing the consumption of television and motion picture viewing since its launch in 1993, and in 2011 expanded the service to include online TV measurement. In 2017, MMS extended its digital ad ratings, produced by GfK, to a 'Total Video' service designed to measure the ROI of cross-platform video ads - including linear TV, smart TV, PC, smartphone and tablet devices.

The AAM model, developed by GfK, adds demographic profiles from the online panel-based measurement to the online video streams from the site census data, to provide audience figures for online video channels in Sweden. The scope includes both big screen and kids online video viewing in the results, and according to MMS and GfK, the resulting dataset provides a basis for granular analysis and reporting of even the most niche digital channels. The next step in the project will be to shorten processing times to deliver daily data for content and ads, with the aim of delivering a combined dataset of both linear and streamed reach for all TV and video.

MMS CEO Magnus Anshelm (pictured) comments: 'We are pleased to announce that we have reached the second milestone in the development towards a total video currency, launching an online video currency based on real panel data. Ever since we reached the first milestone, online video data based on profiled demographics, there has been a pressure from the market to move to panel data that can be fully integrated with the linear TV ratings, composing the total video currency. Therefore, this is a major step for the whole industry.'