Today we lost our Queen. Should a specialist b2b paper like DRNO feel the need to comment? Perhaps not, but it's truly a once in a lifetime event, and my republican colleague is on holiday, so here are a few personal observations. 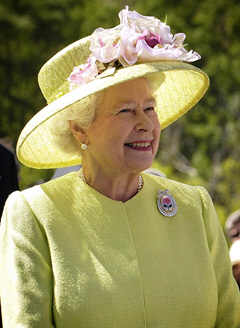 Queen Elizabeth II died peacefully this afternoon at Balmoral in Scotland, with at least some of her close family around her. Her frailty over the last few months has been evident, and the loss last year of her beloved consort of 73 years, known to us over-familiar royalists as 'Phil the Greek', has perhaps been a shock from which she couldn't quite recover. Nevertheless, it seems sudden, and although 96 is what you'd call a very good innings, it's devastating. This was the longest reign in British history, the second longest (after Louis XIV of France) in any country ever - excluding legendary monarchs and uncertain dates - and our queen was the world's oldest head of state.

But better to put it another way: for anyone under the age of 70, which I most certainly am by the way, Elizabeth has always been The Queen.

Princess Elizabeth stepped up in 1952 at the age of 25 on the death of her father King George VI. She leaves behind four children, eight grandchildren and twelve great-grandchildren. Her eldest son Charles, the former Prince of Wales, became King of the United Kingdom and 14 Commonwealth realms the moment she died.

Even those not enamoured of the institution of monarchy - and there are fewer republicans here than there were thirty years ago - can mourn just for a sweet little old lady (videos of her last official engagement, appointing Liz Truss as Prime Minister, show clearly how tiny she was at 96 compared even to our not-exactly giant new political leader) - who lived an extraordinary life steeped in a sense of duty no-matter-what, and indeed worked until her last week on Earth.

If like me you're a loyal subject, Elizabeth was indeed 'The rock on which modern Britain was built' (Truss today), and her passing is not just 'the end of an era' - it's the end of several eras - post-war, social revolution, post-cold war - all of which seemed to live on in some way while she did. In a changing nation, within a changing world, she has provided continuity like no other, but also inspiration. She was discrete, gracious, humble, kind, dutiful - qualities not always trumpeted in the 21st Century but key to her outlook growing up in the 1930s and war-time - and all this despite being Head of a Commonwealth of 2.4 billion people, which might have turned a few lesser heads. In return, we loved her.

In a radio address in 1947 on her 21st birthday, Princess Elizabeth said: 'I declare before you all that my whole life, whether it be long or short, shall be devoted to your service and the service of our great imperial family to which we all belong'. I'm glad it turned out to be very long indeed. Britain - and England before it - have had their fair share of strange and unattractive kings and queens, and a few downright ghastly, and most of us in Britain are fortunate to have lived our whole lives up until this very day reigned over by a cracker of a monarch, a shining example to subjects and successors alike.

She'll be a very hard act to follow and Charles' task is not easy, so a heartfelt Long Live the King. But to Elizabeth:

Rest In Peace Your Majesty.


[...and I can't believe I just asked Bing for 'royalty-free images of the Queen'. Anyway, this one is the property of NASA and in the public domain.]