ESOMAR President Dan Foreman, already a non-executive Director (NED) at four firms including two in the MR sector, has added another, qualitative analytics and customer insights specialist YouEye, which is preparing to launch its enterprise market research SaaS solution. 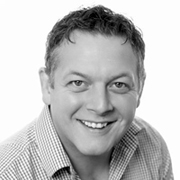 Foreman's energy is apparently boundless: he is Chairman of online research app platform ZappiStore; was named President of ESOMAR in 2012; and has this year taken NED roles at research workflow automation specialist Intellection Software and social media intelligence company Replise. Outside MR, he is also an NED at Able Engineering and at hotel group Drake & Cavendish. He told DRNO this evening there were 'others on the way before the end of July'.

In a twenty-year consumer research career to date, Foreman has worked as Chief Marketing Executive at consumer insight technology firm Lumi Mobile and CEO of full service agency Insight International; he led international business development for ActiveGroup, was MD of online agency Opinium, and set up the London office for FocusVision. He has also worked agency side at WFCA, Incite, Added Value and Research International, and client side as Research Director at Kimberly-Clark.

Commenting on the appointment, YouEye CEO Malcolm Stewart said: 'Dan brings us an unparalleled level of expertise in the field of market research. We're thrilled to have him contribute to the vision of YouEye's qualitative research platform as we prepare to launch our full-scale SaaS solution.'