TV audience rating body BARC India has issued a global request for information (RFI), as it prepares to expand its measurement offering across all digital platforms. 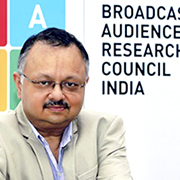 BARC (Broadcast Audience Research Council) was launched in May, and in August partnered with Nielsen/Kantar joint venture TAM India, to form a new meter management company. At the time, the pair said that ratings data produced by the new firm will be the sole trading currency for the country.

During the consultation period, BARC will initially focus on measuring TV viewing habits using 'BAR-O-Meters' which it says are manufactured in India at one sixth of the cost of imported 'peoplemeters'. The RFI stage is limited to understanding the capabilities of online video advertising and content measurement techniques with regards to panel and census measurement across video types, devices and platforms. After gathering this information, BARC will issue a subsequent request for proposal (RFP) which it says will be 'realistic in its scope'.

BARC says it aims to measure all forms of online video advertising, including ad breaks in live streams, pre-roll and mid-roll videos, and targeted/addressable advertising linked to content on broadcaster sites, social media, or any other web site/apps. CEO Partho Dasgupta (pictured) comments: 'After rolling out the television viewership measurement in the country, we are now ready to take the next leap, that of measuring digital viewing'.

Interested parties should signal their interest to digitalrfi@barcindia.co.in before 24th December, with final drafts due with BARC India by 22nd January 2016.