WPP has reported first quarter revenue of £3.076bn, up 5.1% in like-for-like terms. Net sales - its preferred measure - rose 3.2%. As in recent quarters however, insight division Kantar performed less well than other units, with like-for-like revenue and net sales figures flat (up 0.5% and down 0.1% respectively). 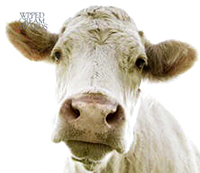 Revenue for DIM (Data Investment Management) grew 5% at constant currency due mostly to the acquisition of a controlling interest in IBOPE in Latin America. Regional differences were strong, with Continental Europe, Latin America and Africa & the Middle East showing good growth in like-for-like revenue and net sales, while North America, the UK and Asia Pacific were 'more difficult'.

Reported revenue for DIM was £592m, up from £558m a year earlier and constituting 19.2% of group revenues, down from 20.1% a year ago. Like-for-like revenue growth was strongest in the group's largest division, Advertising and Media Investment Management, where it rose 7.9%. For the group as a whole, there was like-for-like revenue growth in all regions, with the US and UK - contrasting with DIM - performing strongly, as did Western Continental Europe.

The Group is online at www.wpp.com .


We have probably shown enough pictures of Sir Martin Sorrell over the years - you all know what he looks like - so here instead is the cow from the group's 'WPPED CREAM' page (www.wpp.com/wpp/marketing/wppedcream ). No link is intended, we just thought it was rather a magnificent beast.