Advertising Research Foundation (ARF) CEO and President Gayle Fuguitt has decided not to renew her contract when it expires, but will continue to lead the organization until the end of October. 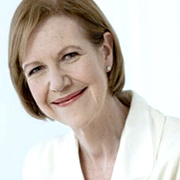 Fuguitt took up the role in 2013, having previously served as VP, Global Consumer Insights at General Mills. She worked at the consumer giant for more than 32 years, eventually leading a team of 21 directors and overseeing a budget of $150m to deliver global data analytics, innovation, brand building, and trend insight analysis.

David Poltrack, Chief Research Officer of CBS Corporation and two-term ARF Board Chair, said of Fuguitt's decision: 'I would like to thank Gayle for her inspired leadership at the ARF, and for her extraordinary work as a champion of the research community. The ARF has once again become, under Gayle's direction, the center of intelligent discourse at the nexus between the advertising and media industries'.

The ARF Board is currently putting together a search committee for a successor and requests that all inquiries are sent to Erik Erikson at the ARF.