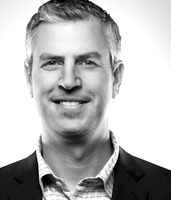 Acquired by media and entertainment giant Hearst Corporation in 2010, iCrossing offers a range of marketing services including SEO and web development as well as research and analytics. The firm's ResponsiveAi online tool combines data from Hearst's more than 200 million worldwide users with client-owned first party and other third party data.

Parker (pictured) joined in 2015 as President of the company's West Coast operations, responsible for the global mobile marketing practice and digital media partnerships. Last year, he was named President, US, managing the strategic, creative and commercial areas of offices across the country. Earlier in his career, he served as Global Chief Digital Officer at McCann Worldgroup, and as President, US of full service digital agency Tribal DDB; having previously worked client-side as Loyalty Marketing Manager at Cathay Pacific Airlines.

Replacing Brien, Parker now reports to Hearst Magazines President David Carey, who comments: 'Mike has been a driving force in iCrossing's growth, working closely with Nick to build and activate a powerful strategy that combines creativity and storytelling with data, technology and performance marketing. He is an experienced digital marketer and leader who will continue iCrossing's mission of innovation and optimized, effective solutions for brands. In addition, we thank Nick for his tremendous vision and commitment to iCrossing over the past three years, and we wish him the very best in his new role'.