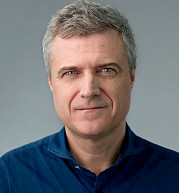 Reflecting the group slowdown in the third quarter and a 'more cautious outlook for the rest of the year', WPP has slashed its full-year guidance from growth of 0.3% to a decline of between 0.5% and 1%. CEO Mark Reid (pictured) said that turning around WPP requires 'decisive action and radical thinking', and the company's performance in the third quarter of 2018 reinforces his belief in this approach. Overall for the group, all regions, except Asia Pacific, Latin America, Africa and the Middle East and Central and Eastern Europe showed a deteriorating trend in the third quarter, with all sectors, except DIM, slipping back. Shares in the company fell by as much as 22 per cent after WPP warned its Q3 trading had been hit by a slowdown in client spending.

As reported earlier by DRNO, Reid's turnaround strategy includes a formal process to review the possible sale of the DIM division Kantar, which is valued at about £3bn, with WPP retaining a stake in the business. Reid confirmed that unsolicited expressions of interest have already been received. Kantar's potential sale was first rumoured back in April, following the departure of WPP founder Sir Martin Sorrell.

Separately, WPP's Group Finance Director, Paul Richardson, who worked with Sorrell for decades, has decided to retire after 22 years with the company.