Richard Poustie is stepping down as Kantar Media's CEO UK & Ireland on 1st November, to become MD Audience Intelligence UK, devoting all his time to the BARB client account. Kantar Media CEO Andy Brown will add the role to his existing one while a successor is found. 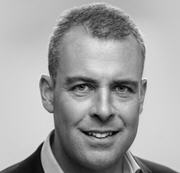 Poustie (pictured), who has held his current position since January 2017, was previously Global CEO of TGI & Custom, after spending the first seventeen years of his career at BMRB, latterly as Deputy MD. In an internal memo, Brown said that as CEO of the UK & Ireland business, Poustie has driven a significant programme of 'One Kantar Media' strategic transformation and orchestrated a major restructure of the team. In his new role, Poustie will devote all his time and energies to the BARB (Broadcasters' Audience Research Board) business, Kantar Media's single biggest client globally.

As part of the reorganization Margo Swadley, who has led the UK Audience Intelligence business for nearly four years, is moving into the Product team as Strategic Product Leader for Brands and Public Sector, reporting to Chief Product Officer Richard Asquith. In her current role, Swadley has led the focus on the BARB account, and according to Brown has overseen a period of strong growth, while initiating a number of improvements to the way BARB teams work together. She will continue to work on the account on a consultative basis until the end of the year, and Poustie will work closely with her to ensure a smooth transition as he assumes leadership of the client relationship and day-to-day team management.

In his interim role, Brown will be assisted by Sarah Sanderson, MD - Insight, who is taking on the position of interim COO UK and Ireland; with Paul Barnes, Kantar Media MD, and Marcus Gault, MD Kantar Media, Reputation Intelligence, reporting directly to her.