WPP expects to announce a deal selling a majority stake in Kantar to an investor by the middle of the year, according to Chief Executive Mark Read. 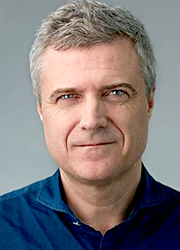 Read (pictured) told analysts on Friday that the firm sees the sale of a controlling share to a 'financial and strategic partner' as the best way forward for Kantar, and that there had been 'strong interest' from potential buyers. The group began a formal process to review the future ownership of Kantar in October, and last month reports in the Sunday Times newspaper claimed that several private equity firms were in the running, including TPG, Apax, Bain Capital and Cinven.

Separately, Read also hinted at a possible sale of the media sales and targeting firm Triad Retail Media, which WPP acquired in 2016. The division recently lost its key Walmart business, and Read said it was 'fair to question' whether the group should have made the acquisition, according to www.mediapost.com .