In the US, ad tech and data platform Kiip has appointed former Kantar exec Jason Lapp as Chief Executive Officer, based in its San Francisco office. He replaces founder Brian Wong, who left in February 'to focus on a personal, legal matter'. 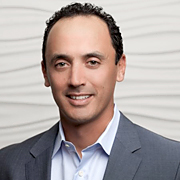 Kiip enables brands to connect with consumers through their apps at 'significant moments'. Its network is comprised of 10,000+ mobile apps across all verticals from gaming and fitness, through dating and entertainment to news and travel. 'Kiip Audiences' are built using real-time signals from device users, with past engagement behavior and quick surveys validating these segments.

Lapp (pictured) joins after nearly two years as Kantar's Chief Growth Officer, responsible for sales, marketing and growth initiatives in North America. Prior to this he spent nearly sixteen years at Kantar Millward Brown, latterly as Chief Growth Officer. He joined the organisation in 2001 as MD of ad and marketing effectiveness specialist Dynamic Logic (acquired by Millward Brown in 2005), responsible for developing and managing the Western region.

Commenting on the appointment, Kiip Board member Lars Leckie said: 'I've known Jason for some time and have watched his great work at Kantar very closely. We've been in touch about having Jason join the Board and working together on Kiip for months. Jason is familiar with our business and excited about the potential from his interactions with the company and our clients and partners. We're delighted to have him leading Kiip'.