The insight sector around the world including traditional and new areas turned over around $80bn in 2018, according to ESOMAR's annual Global MR report - up from $76bn in 2017. New areas such as data analytics accounted for most but not all of the growth, rising around 10% year-on-year. 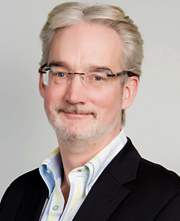 This study measures market research turnover of the industry at national, regional and global levels, and covers work conducted by market research companies or institutes. Data is provided by national MR associations, major companies, independent analysts and ESOMAR Representatives around the world. All trends and developments are based on turnover in US dollars. Absolute and net growth rates per country are based on turnover in local currencies for 2017 and 2018, with the latter adjusted using local inflation rates and IMF exchange rates for 2018.

Traditional MR accounted for $47bn US for 2018, up from $46bn in 2017 - a slightly slower rate of growth than last year, the association says. The top five markets and their percentage of global turnover were exactly as last year, although the underlying t/o figures suggest that China is very likely to overtake France and Germany next year - the eastern superpower grew at +11.9%, driving overall growth for the Asia Pacific region of +3.7%. Turnover in the Middle East and Latin America dropped by -9.2% and -2.7% respectively. The UK arrested a decline - the report suggested its market share fell away in the previous three years, but this year it grew faster than the global average, as did turnover in France. Between them the USA and Britain continue to account for four of every seven research dollars spent worldwide.

Turnover has concentrated further in the very largest companies: the top ten firms in 2018 accounted for more than 50% of the world's market research turnover, up from 49.6% in 2017, with a total revenue of US $23.77 bn.


ESOMAR Director General Finn Raben (pictured) says of the report: 'Despite forecasts that the research profession is in decline, this year's Global Market Research report shows that our industry continued to grow in 2018, albeit a little more slowly. Promisingly, we see growth both from within the traditionally defined research sector, but also from the newer, expanded definition of our industry - continued evidence that the demand for actionable, evidence-based data and insight remains strong'.