Michael Karg, the Group CEO of UK-based media and marketing analytics firm Ebiquity, has stepped down from his role. He will be replaced by former YouGov CFO Alan Newman on an interim basis, while the search for a permanent CEO is undertaken. 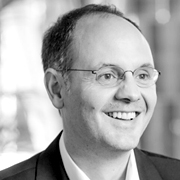 Founded in 1997 as Thomson Intermedia, Ebiquity comprises an Analytics division, offering media buying measurement and benchmarking, and performance measurement; and a 'Platform' division which provides media monitoring products. Karg (pictured) joined in 2015, after a fifteen year career with Publicis Groupe agencies Razorfish and Digitas. He had worked at digital marketing technology specialist Razorfish, since 2010 and has served as the firm's CEO International since 2013; managing around 1,100 employees in fifteen offices across eight countries, and driving growth and development across Europe, India, China, South East Asia, Australia and Brazil.

Karg, who will remain with Ebiquity until the end of the year, will be replaced temporarily by Newman, who joined in January after nearly a decade at YouGov. A former Partner at KPMG UK, Newman took over the YouGov role in 2008.

Rob Woodward, Chairman of Ebiquity, commented: 'On behalf of the Board, I would like to thank Michael for his significant contribution to Ebiquity over the past four years. Michael has transitioned the business towards becoming a more streamlined consultancy aligned to the demands of the evolving marketing and media environment and with a stronger balance sheet. We wish him well for the future.'