Kantar has appointed former ITV plc COO and CFO Ian Griffiths as its new Chief Financial Officer. He will join the company on January 16th. 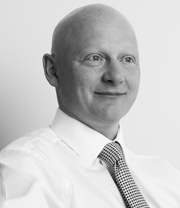 WPP agreed in July to sell 60% of Kantar to private equity firm Bain Capital, in a deal which values the whole of Kantar at around £3.2bn ($4.0bn). Soon after, the insights division signified its own interest in using Bain's backing to make possible eCommerce acquisitions and for expansion of services such as the Kantar Marketplace.

Griffiths (pictured) will join after a career which has included more than a decade at British commercial broadcaster ITV, where he helped transform the business from one reliant on UK advertising to a more diverse international and increasingly digital business. Prior to this, he worked for media group EMAP, latterly as Group Finance Director, having begun his career at Ernst & Young. Griffiths will take over his new role from Robert Bowtell, who has served as Kantar CFO since 2001, and previously held senior positions at Young & Rubicam Advertising, PepsiCo International, and Ernst & Young. Bowtell will remain with the company until the end of June, to facilitate a smooth transition.

Commenting on the appointment, CEO Eric Salama said: 'Ian's track record in dealing with public markets and delivering strong returns for shareholders, both as CFO and COO, will be important to Kantar as we embark on the next stage of our growth journey. I want to thank Robert for all he has done for Kantar in his eighteen years as CFO and for his collaborative approach, during which time Kantar doubled in size through organic growth and acquisition. He was a driving force in the sale of Kantar to Bain Capital and the subsequent transition from WPP to allow us to operate on a standalone basis. His legacy in the company will be long-lasting'.