UKOM, the body which defines and governs Britain's online audience measurement standard, has appointed Ipsos as its new supplier from January 2021. It replaces Comscore, which has held the contract since 2012. 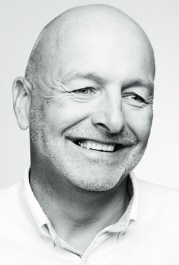 UKOM is equally co-owned by the Association of Online Publishers (AOP), the Internet Advertising Bureau (IAB) and the Incorporated Society of British Advertisers (ISBA); and was formed in 2009 to provide 'consistent, transparent online audience measurement' for the country. The body works with a 'provision partner' to deliver a hybrid approach combining machine-driven analysis and audience data from a people panel.

Ipsos' appointment follows a broad industry consultation and a tender process, and is recognition of its survey methodology, which produces audience metrics on PAMCo, RAJAR, Route, IPA TouchPoints and the BARB Establishment Survey. Ipsos also runs Compass for the BBC, focusing on understanding audience behaviour across all BBC platforms (including TV, radio and online); and the Compass panel will form part of the foundation of the new service. Data from the new service will recognise the 'primacy' of mobile devices for accessing Internet content.

UKOM data is currently reported monthly, and from January 2021 will for the first time cover day of week and time of day over a broader range of audience segmentation, beyond simple demographics. A new capability for UKOM endorsed data will also be launched to measure the audience of advertising campaigns delivered online. In addition to current measurement of UK online audiences to web sites and apps across PC, tablet and smartphone, UKOM will consider measurement for online audiences on smart TVs, and streamed and downloaded online audio in the future. According to the organisation, future TV and radio cross media measurement could be facilitated by Ipsos' MediaCell passive meter technology.

UKOM CEO Ian Dowds (pictured) comments: 'We recognise a growing desire from publishers, agencies and marketers for a more joined-up view of online audiences in the UK. What set the Ipsos approach apart was its single-source approach to building, via a rigorous Establishment Survey, a high-quality panel of 10,000 consumers willing to participate in research and install meters on multiple devices. Ipsos's methodology measures the individual consumer, not separate devices or browsers, making the data straightforward and transparent'.