Big data giant Cloudera has announced a new CEO. Rob Bearden was previously Chief Executive of rival firm Hortonworks, with which Cloudera merged a year ago. 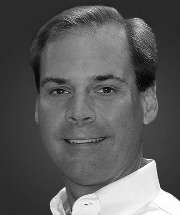 Board member and former Accenture executive Marty Cole, who has served as interim CEO since the resignation of Tom Reilly in July and is now retiring, has overseen a recovery in the company's share price - it slumped after a $5.2bn valuation at the time of the merger but is now valued at around $3.4bn.

Bearden has served briefly as CEO of open-source software start-up Docker, a role he took up only in May 2019. Before building Hortonworks, he was COO at open source companies SpringSource and JBoss.

Cloudera hit the headlines in the booming Hadoop sector in April 2014 when chipmaker Intel bought an 18% stake in the business for an impressive $740m. Three years later it filed for an IPO, aiming to raise another $200m.