In London, research and strategy consultancy MTM has promoted Caroline Wren to the new role of Managing Director, while colleagues James Bryson and Richard Ellis will lead the Research and Commercial Strategy Consultancy teams, respectively. 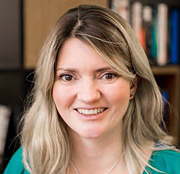 Wren, nee Rushton, joined in 2010 after more than a decade in media and advertising research, having worked earlier for Optimisa / Quaestor, and Brahm. While Managing Partners Bryson and Ellis move into their new roles, Watts will be stepping back from everyday involvement in the company and moving to New York, from where he will act as Senior Advisor to MTM and lead a number of projects, while 'pursuing other ventures'.