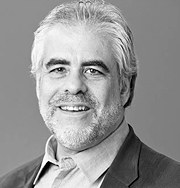 Launched in 2014, VideoAmp offers a single platform through which to buy, optimize and measure digital video ads across TV, mobile and desktop devices. Last year, the firm raised $70m to build its position in the marketplace; and earlier this week it announced it had acquired cross-channel attribution, measurement and analytics solutions firm Conversion Logic.

Audience measurement veteran Chasin (pictured) joins after more than twelve years at Comscore, where he had previously been a consultant, working alongside the Media Rating Council (MRC) and Advertising Research Foundation (ARF) to improve the firm's audit and methodological evaluation processes. Earlier in his career, Chasin was directly involved in the development and management of audience measurement services for a variety of media, including television, radio, magazines, newspapers, out-of-home and the Internet. He previously founded Manhattan-based media research firm Warp Speed Marketing; worked for Arbitron as VP Marketing; and is the past President/CEO of Simmons Market Research Bureau and Northstar Interactive.

Chasin told online publication Mediapost that he was attracted to VideoAmp because, in some ways, it's similar in its growth stage to the Comscore that he joined in 2007: a fast-growing, entrepreneurial organization surrounded with young people and big ideas for the future. Commenting on his next 'adventure' in a post on LinkedIn, Chasin said: 'Thrilled to be joining this passionate, intelligent, can-do, entrepreneurial team'.