In the UK, the Royal Statistical Society (RSS) has appointed Stian Westlake as its new Chief Executive Officer. He was previously Executive Director of Policy and Research at innovation charity Nesta, and has served as a government advisor. 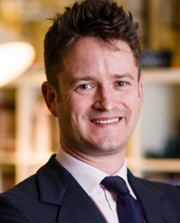 The RSS is a British membership society for statistics, a professional body for statisticians, and a charity which promotes statistics for the public good. Westlake (pictured) will join in July after previously spending eight years at Nesta, where he led the launch of initiatives including the Alliance for Useful Evidence, the Innovation Growth Lab and the Innovation Index (in partnership with ONS). After this, Westlake was Policy Advisor to three successive ministers for universities and science. He began his career at Arthur Andersen, before joining McKinsey as a Business Analyst, and then working for HM Treasury.

Westlake is also co-author of 'Capitalism Without Capital', a book about intangible investment and the economy; is a Governor of the National Institute for Economic and Social Research, and sits on the advisory Board of the Institute for Community Studies. In his new role, he will lead on projects including RSS's Covid-19 Task Force, the Data Manifesto and the National Lottery funded initiative, Statisticians for Society. He replaces Hetan Shah, who led the RSS for eight years and is now CEO of the British Academy.

Commenting on the appointment, Professor Deborah Ashby, President of the RSS, said: 'Stian's experience in advising government on STEM and higher education issues, along with his work at Nesta on large policy and data projects, is extremely valuable. Statistics have never been so important as they are now, and I know Stian is the ideal person to lead on the fellowship's work putting data at the heart of understanding and decision making'.