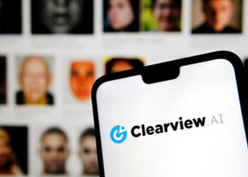 For several years, New York-based Clearview has been amassing a database of more than three billion 'faceprints' - unique biometric identifiers akin to a fingerprint or DNA profile - drawn from personal photos on users' social media accounts and elsewhere online. Last month, the American Civil Liberties Union (ACLU) began legal proceedings against Clearview AI, claiming that the company captured these faceprints in secret, without individuals' knowledge or consent, using everything from selfies to photos of birthday parties, college graduations and weddings. ACLU claims that a major concern regarding face recognition technology is that it makes it easy to identify and track individuals at protests, AA meetings, counselling sessions, political rallies and religious gatherings.

Now the OAIC and ICO have waded in with the joint investigation into the 'personal information handling practices' of Clearview AI, focusing on the company's use of 'scraped' data and biometrics of individuals. The joint investigation will be conducted in accordance with the Australian Privacy Act 1988 and the UK Data Protection Act 2018, and the OAIC and ICO will engage with other data protection authorities who have raised similar concerns. In a statement, the two organisations said: 'The investigation highlights the importance of enforcement cooperation in protecting the personal information of Australian and UK citizens in a globalised data environment'.

In May, Clearview AI announced it would stop working with non-law enforcement entities and private companies amid regulatory scrutiny and potential law suits. A contract between the Royal Canadian Mounted Police and Clearview AI was then terminated, after privacy protection authorities launched their own investigation.