In Australia, Nielsen has been hit by a suspected ransomware attack on its servers, resulting in delays to its release of daily television ratings. 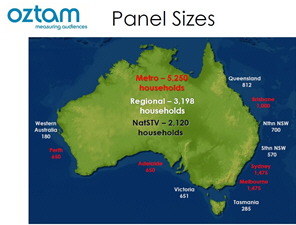 Nielsen conducts audience measurement research for Australian ratings provider OzTam (jointly owned by the Seven, Nine and Ten TV networks). The company said the attack has delayed the release of ratings for Tuesday, Wednesday and Thursday, although both Nielsen and OzTam confirmed that households are still collecting their viewing data, and that sites have not been [otherwise] impacted.

Nielsen's international and local infrastructure groups are investigating the issue, and working to solve the problem as quickly as possible. Earlier today, an OzTam spokeswoman said Nielsen is aiming to resume providing daily TV ratings by next Wednesday 29th July, and once the problem is resolved the company will release backdated figures for each missing day. The attack took place the day before Channel Seven's Big Brother finale was set to air.

In a statement, a spokeswoman for the company said: 'Nielsen has become aware of an unexpected disruption relating to the Australian TV Audience Measurement (TAM) data centre environment. This disruption is derived from a ransomware attack in which Nielsen was the victim. As a result, TV ratings data remains unavailable'.