Warta Steps Down as GutCheck CEO

In the US, market research and analytics company GutCheck has named former long-time Nielsen exec Rob Wengel as its new Chief Exec, replacing co-founder Matt Warta who has left the business. 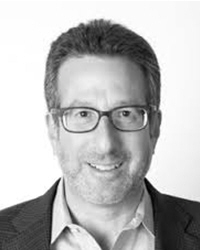 Launched in 2010, Denver, CO-based GutCheck offers a device-agnostic quant and qual platform which can ingest and synthesize data from a wide variety of sources, including respondent data, data management platforms, CRM systems, and other behavioral and attitudinal data. Wengel (pictured) joined the firm's Board in February, with a background in consumer insights, innovation and big data. Most recently, he led Kantar's North America's Innovation Practice and TNS business; before which he spent nearly a decade in senior roles at Nielsen, including leading BASES, North America, and led client services at IRI. Earlier, he held a variety of senior marketing and sales positions at companies including Procter & Gamble and Reckitt Benckiser.

Jeff Hinck, a member of GutCheck's Board of Directors, comments: 'GutCheck's value lies in its ability to deliver actionable insights to its clients so they can make critical business decisions quickly with confidence. Rob is a proven leader who will accelerate the company's growth, while at the same time remaining true to its core values, strong culture, and commitment to exceptional client service'.

Asked about Warta's next move, Wengel told DRNO: 'As a co-founder, after doing great things for ten years, I believe Matt is still considering his next chapter'.