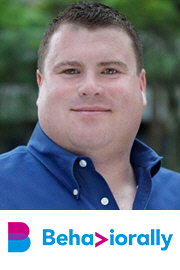 The firm was previously owned by French research and consulting firm BVA Group, which went into receivership last summer.

PRS IN VIVO was created in January 2016 by a merger of Perception Research Services and IN VIVO, after acquisition by the BVA Group, parent of BDRC and Doxa. BVA filed for bankruptcy last summer and four offers were received to acquire the business, with the Commercial Court of Toulouse last week ruling in favor of XPage, a partnership between BVA's main shareholder Naxicap and its management team. This allowed XPage to buy the French operations of BVA out of insolvency.

On hearing the court's decision, Nicolas Besson, Executive Director at Alcentra, said his firm will now dedicate its energy to its investment in the American entity PRS IN VIVO USA (now Behaviorally), where he explained that 'performance remains extremely solid despite the pandemic', and which he says has strong growth potential on a global scale. Alex Hunt (pictured), former Global CEO of PRS IN VIVO, continues to lead the company after the rebrand, along with all members of the PRS IN VIVO USA exec leadership team.

Hunt explains that while Behaviorally is US-based, it functions as a global company, able to conduct research for any client, in any geography, at any time. He adds: 'With the substantial and stable backing of funds managed by Alcentra as new majority shareholder, we are excited to launch our new brand, Behaviorally. At the same time, all our clients can continue to expect the same high level of service, deep-domain and behavioral insights expertise for which PRS is known'.