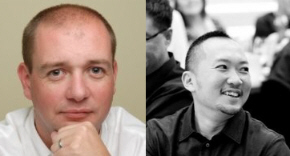 SPH's core business is in the publishing of newspapers, magazines and books, both print and digital, but it also owns radio stations and outdoor media; a property portfolio including shopping malls in Singapore and Australia; a number of developments of Purpose-Built Student Accommodation (PBSA) in the UK and Germany; and nursing homes in Singapore and Japan.

The new GfK study promises 'a refreshed review of how the audience consumes media', in a world of proliferating media platforms, products and formats. The firm will run two main surveys per year, in which 3,000 representative individuals will provide their print and radio habits - combining this with its own and SPH's digital data. GfK's analysis will identify media engagement and examine media consumption, with deep dives into SPH's print, digital media and radio platforms. The first integrated report is scheduled for release in June this year.

SPH Chief Commercial Officer Ignatius Low (pictured right) says the decades-old incumbent measurement survey has been adapted to reflect changes in media, but 'remains at its heart a largely quantitative measure of audience size'. Low points out that 'the SPH news audience still pays for its news at a time online news sources are mostly free and subscribers that pay to secure a regular supply of credible news are likely to be decision-makers in the office or the home'. He adds: 'The new GfK study will shed more light on media engagement and other qualitative aspects of SPH audience and show how they interact with our content across our various platforms'.

GfK Commercial Director Lee Risk (pictured left) says the new approach 'goes beyond previous services with increased delivery, a single-source and digital approach focused on all consumption and measuring both what people read and listen to but also why they consume these media'.

GfK has its APAC headquarters in Singapore, and operates radio audience research in Australia, New Zealand and Malaysia as well as in a number of European countries. It has also conducted the integrated TV ratings service in Singapore since 2016.