Tobii to Spin Off Dynavox Arm, Group CEO to Step Down

Eye tracker developer Tobii is preparing to spin off its Dynavox arm, which develops speech generating devices, eye trackers and eye gaze/eye-controlled devices for people with disabilities and special needs. Along with the spin-off, Group CEO Henrik Eskilsson says he intends to step down. 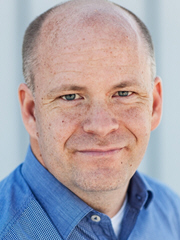 Dynavox's public listing is planned for the fourth quarter of 2021, prior to which Tobii will split the group into two parts, the other formed by merging its other two divisions - Tobii Pro, which provides eye tracking solutions and services to understand human behavior, and Tobii Tech, which supplies eye tracking technology for integration into consumer electronics and other volume products. In a statement, Tobii's Board of Directors said the synergies between Dynavox and the two other divisions have 'gradually diminished to a point where they are now very limited', and that it believes that the split has the potential to accelerate the long-term business growth of both entities.

Eskilsson comments: 'After twenty years at the helm, this split provides a natural opportunity for me to hand over the CEO role to not only one, but two new strong forces. Tobii and Tobii Dynavox is where my heart is at, and I intend to remain deeply involved going forward to contribute to their continued successes'.