US Court of Appeals Rules Against Samba TV Patent

The US Court of Appeals for the Federal Circuit has ruled that an 'invention' developed by cross-screen television insights and analytics provider Samba TV - regarding the use of audience data for targeting TV viewers on digital devices - cannot be patented. 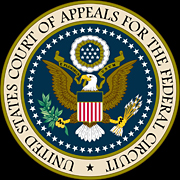 A suit filed by Samba TV against Alphonso (now known as LG Ads) in 2015, claimed that Alphonso had infringed upon Samba's patent for 'Targeting with Television Audience Data Across Multiple Screens'. Then, in 2018, the US District Court for Northern District of California ruled that Alphonso did not infringe on this patent. On appeal yesterday, the US Court of Appeals for the Federal Circuit determined that the case should have been dismissed before ever reaching the infringement arguments, because the Samba patent is invalid.

Ashish Chordia, founder and CEO of Alphonso, comments: 'With these decisions, our innovative practices for audience-data-driven TV retargeting have been validated across the board, just as we anticipated. We are pleased that the District Court agreed that we did not infringe on any patents. And we appreciate the Federal Circuit's careful analysis invalidating Samba's patent altogether'.