In London, marketing intelligence and programmatic media specialist MiQ has appointed Candice Odhams as EVP Global Clients. In addition, Mike Gray has been promoted to Director of Client Partnerships, EMEA, and Rob Linton to Commercial Director of MiQ North. 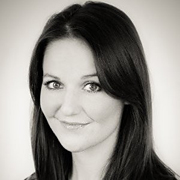 The firm, which has offices across North America, Europe and Asia Pacific, connects clients' first-party data and enhances it with second- and third-party data. It then analyses the results using data science technology and resources, and uses this insight to build creative with the right messages and target it via programmatic ad campaigns.

Odhams (pictured) joins with fourteen years of experience, leading business growth and profitability for ad technology and media performance companies. Most recently, she was MD of WPP's media, content and technology arm Wavemaker London. Earlier she held a number of leadership roles within GroupM, as VP, Global Client Strategy at WPP audience profiling and targeting division Xaxis, before being promoted to MD, Global Client Solutions at GroupM's Performance Media Group.

In her new role, reporting to President Richard Dunmall, Odhams will be responsible for maintaining MiQ's partnerships with global agencies and brands, as well as cultivating new ones through expertise in data science, analytics and programmatic media. Commenting on her appointment, Odhams said: 'I've long admired MiQ for their pioneering and entrepreneurial achievements in the programmatic space and am looking forward to joining the business to bring MiQ's advantages to global clients and agencies'.

Gray moves from the position of Head of Client Strategy after more than three years with the company, before which he held senior positions at Headlines Communications, Rocket Fuel, Haymarket Media Group, and Global Radio. Linton, who was previously Director of Key Accounts, joined the firm nearly nine years ago and has since played a role of the firm's growth outside London.