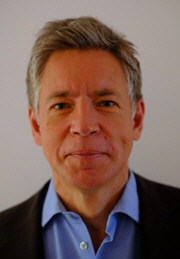 RAIT was established in 1993 and has established offices in Estonia, Latvia and Lithuania. In 2017 it acquired GfK's custom research operations in the region, excluding the latter's Retail and Technology arm but more than doubling its headcount in the process.

With the latest buy, Fürst Research Manager Patrik Johansson (pictured) will join RAIT's Nordic team, while CEO and founder Fredrik Fürst is retiring. Fürst Scandinavian Research was established in 1994 and offers traditional research projects, online panel studies and mystery shopping, and Kaspar Jänes, Chairman of the Board of RAIT, describes it as 'an ideal match' for his company's geographical expansion.

RAIT CEO Dovilė Končak says having an office in Sweden is 'a great step to enhance the position of RAIT in Northern Europe'. She adds: 'I am glad to say that as a group we are now more than 30 in-house people in 4 countries that perform more than 200 000 interviews and implement more than 300 projects per year'.