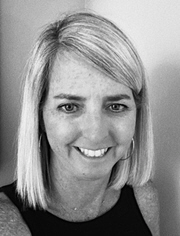 Jones was most recently SVP of Strategy at OMG23, a media agency dedicated to The Walt Disney Company, and brings more than 25 years' experience on both the media agency and client side for movie studios, streaming services and television networks - both broadcast and cable. In her new role, reporting to Chief Revenue Officer Bruce Friend, she will also head up strategic partnerships with cross-platform planning and buying platforms, and advanced TV platforms.

Audience Engine develops targetable audience segments based on large-scale survey data covering variables such as 'interest to watch', 'recommend' and/or 'share information' for specific upcoming feature film, TV show or video game titles, genres, franchises and so on. Results are matched and modeled using Dstillery's Custom AI methodology, which the firm says is built on 10 million digital behavioral attributes. The segments can also be used to identify which distribution channel or channels these audiences are most likely to choose to view the content.

Friend comments: 'Audience Engine is the first audience targeting solution of its kind to combine, on a one-to-one match basis, the precision of deterministic research data with the scale of predictive behavioral data at a title or product-specific level, including proprietary, survey-based customer segmentations, which is why it is a gamechanger for the industry. Melanie Jones is uniquely qualified to spearhead this key initiative, especially as the industry continues to shift more ad dollars to hyper-addressable ad platforms and services, driven by the rapid expansion of digital and CTV platforms'.