Industry body Commercial Radio Australia (CRA) has partnered with GfK to roll out a system called Radio360, which will move the industry from paper-based surveys to the majority use of e-diaries and the integration of live streaming data. 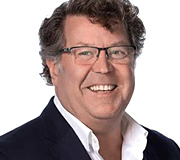 Panels of 400 consumers in each of the country's five metro markets will be asked to wear an electronic watch meter that will detect when the wearer is in listening range of a radio broadcast, while providing encrypted anonymised information for validation that streaming data is accurate and deduplicated. The roll out of Radio360 will take place in stages, commencing in late 2021 and accelerating through 2022; and the integration of streaming audiences will commence early next year through server logs and the GfK Sensic Tag.

Morten Boyer, GfK MD, Australia and New Zealand, says Australia is the first radio market in the world to embrace this approach, both from a methodological and data science perspective.

CRA Chair and Southern Cross Austereo CEO Grant Blackley (pictured), said with the growth of audiences across digital devices - including mobile phones and smart speakers - the onus was on the radio industry to meet the market with measurement that reflects the modern listener. 'Australians are increasingly consuming radio through digital platforms, with more than 2.7 million people listening to radio each week through their smartphones. The industry's investment in a hybrid measurement system will allow advertisers to connect to known, targeted audiences at scale', Blackley added.