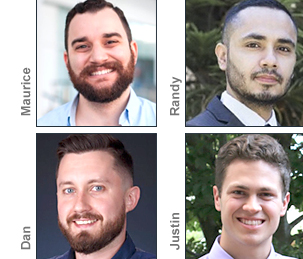 Scarborough joins after a decade at Magid, where most recently he was Director of Business Development and Research, working across the gaming tech and media sectors. Flores joins from dietary supplements company Pharmavite as Associate Manager of Consumer Insights, before which he worked at National Research Group (NRG) as a Research Manager, leading projects in gaming and tech. Hoyt was Project Manager, Media & Tech at PSB Insights, focusing on consumer research with brands in tech and gaming; and Iatropoulos joins from Interpret LLC, where he was a Market Research Analyst, managing both custom and tracking projects for clients in the gaming and social media industries.

The four will become part of the Cross Platform Group led by EVP Mark Orne, who comments: 'We are very excited to welcome Justin, Randy, Dan and Maurice, who not only bring their experience as researchers but also as gamers and fans to the team. With their collective experience and our expanded EngineWorks capabilities, we will be able to elevate our gaming research offerings and provide an increasing number of services to our clients'.