In the UK, Ipsos MORI has appointed Reema Patel as Head of Deliberative Engagement. She joins from independent research body the Ada Lovelace Institute. 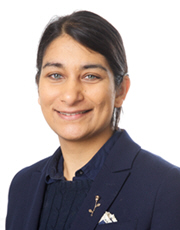 Patel's career advising organisations on public engagement has focused particularly on understanding lived experience and impacts on underrepresented communities. At the Ada Lovelace Institute, she co-founded and helped build a team of more than twenty people over a period of four years, and established the organisation's public engagement practice. Funded by the Nuffield Foundation, 'Ada' specialises in research and public engagement on emerging technologies in the field of data and AI. Patel's work here included leading a range of high-profile projects around the public's expectations regarding the use of data for purposes including facial recognition technology and biometrics, health data, contact tracing and commercial data sharing within the NHS.

Earlier she worked in public engagement, policy analyst, and communications roles at The Royal Society of Arts (RSA), public participation charity Involve, and the New Local Government Network. In her new role, in addition to working on existing and new dialogue and deliberative studies for Ipsos MORI's current client base, she will help grow the international engagement offer, building on work already completed by Ipsos and tapping its 90-country network.

She joins Ipsos MORI's Qualitative Research and Engagement Centre, headed by Michelle Mackie, who comments: 'I am delighted to have Reema join my team and look forward to working closely with her to continue to bring the public voice into policy making. Reema is a well-regarded engagement practitioner and has a lot of experience on both the commissioning side of deliberations and the delivery. Reema has been advising the Scottish Government around its COVID-19 public engagement strategy, while also being part of the Bank of England Central Bank Digital Currency Engagement Forum and the OECD Innovative Citizen Participation Network. Reema has some fantastic ideas and plans and the team and our partners at ICHP are excited to have her join us'.