Online customer service and customer experience (CX) firm Zendesk, which is currently in the process of trying to acquire SurveyMonkey parent Momentive, has rejected a $16bn unsolicited acquisition offer from a consortium of unnamed private equity firms. 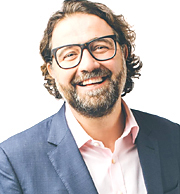 Zendesk helps connect more than 100,000 brands with hundreds of millions of customers over telephony, chat, e-mail, messaging, social media channels, communities, review sites and help centers. The company made the offer to acquire Momentive last October, in an all-share deal which values the DIY survey brand and its associated companies at up to $4bn. However, activist shareholders are now pressurizing Zendesk to abandon the acquisition, arguing that it is 'too risky' and undervalues the business.

Momentive has just reported a 16% increase in total fourth quarter revenue to $117.3m, comprising a 34% jump in enterprise sales revenue to $40.0m, and a 9% increase in self-serve revenue to $77.4m. Enterprise sales revenue accounted for approximately 34% of total revenue, up from approximately 29% in Q4 2020. Last week, the Zendesk Board confirmed in a statement that it continues to 'believe strongly' that the acquisition of Momentive will generate substantial additional long-term value for shareholders.

Now, Zendesk itself has been approached to sell in an all-cash deal, but its Board has noted that 'After careful review and consideration conducted in consultation with its independent financial and legal advisors, the Board concluded that this non-binding proposal significantly undervalues the company and is not in the best interests of the company and its shareholders. The proposal is not conditioned on the termination of Zendesk's pending acquisition of Momentive.'

The firm, which is led by CEO Mikkel Svane (pictured), is online at: www.zendesk.com .