In the US, out of home (OOH) audience measurement body Geopath has given acting President Dylan Mabin the role permanently. 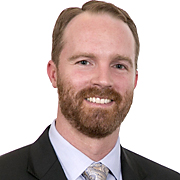 Mabin (pictured), who took the role on an interim basis last September, has spent nearly seven years at Geopath, most recently serving as EVP of Operations, having earlier been SVP, Insights & Innovation. Earlier he spent seven years in research roles at Geopath's predecessor The Traffic Audit Bureau. Commenting on the appointment, Michael Lieberman, Chairman of the Geopath Board and CEO US of Kinetic Worldwide, said: 'Dylan will build on what Geopath does best while helping buyers and sellers transact more confidently with better data'.