Cint Promotes as CFO and COO Step Down 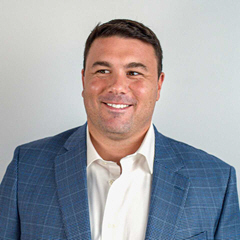 Jonathan Kurzner, currently EVP for Americas, is promoted to Wolff's existing role of Chief Revenue Officer. Kurzner brings more than a decade of experience in leading commercial and sales teams at Earnest Research, Bridgewater Associates and Gerson Leman Group. Wolff (pictured) was Cint's EVP for Americas before being promoted to the Chief Commercial Officer role at the beginning of the year.

Cint boasts 'the world's largest consumer network for digital survey-based research, made up of over 160 million engaged respondents across more than 130 countries'. Last year it made two major acquisitions: Berlin-based GapFish, the world's largest ISO certified online panel community in the DACH region; and US-based programmatic research technology platform Lucid. The Nasdaq Stockholm-listed company has offices in the Swedish capital and other locations including London, New York, New Orleans, Singapore, Tokyo and Sydney.

Andersson joined the firm in the CFO role only in September 2020: he will remain as a senior advisor white for an interim period Mittler assumes the role. CEO Buehlmann comments: 'After completing a very successful phase one of our integration, we are changing our executive team to better suit our combined company needs. I want to thank Joakim Andersson for being instrumental in achieving some significant milestones in Cint's journey. I also want to thank Andy Ellis for his major contributions in laying the foundations for our combined organization. The role change for Jake Wolff, and the addition of Jonathan Kurzner and Bridget Bidlack, will give us the added momentum we need to be a leader in technology-enabled insights, and continue to innovate and digitalize our industry'.