US-based customer experience specialist Zendesk has announced the completion of a strategic review and will not seek a sale but continue as an independent public company. The review followed the rejection of a takeover bid and its own unsuccessful attempt to buy Momentive. 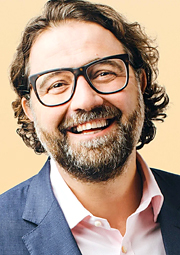 Originally launched in Denmark in 2007, Zendesk is now headquartered in San Francisco, with offices in three other continents. The firm helps clients take their customer service online, and offers a platform connecting brands with hundreds of millions of customers through media from chat, e-mail and social media to telephone and help centers. Earlier this year its shareholders rejected its proposed acquisition of Momentive, parent of SurveyMonkey, despite Momentive shareholders giving the deal majority support. Following the votes, Zendesk investor JANA Partners said the Board was 'out of touch' and should be significantly revamped, or the company sold.

In a statement yesterday the Board said that it had completed a comprehensive review of strategic alternatives aimed at enhancing stockholder value - announced in April - and decided unanimously that continued independence is currently the best route to doing so. The review included contacting sixteen potential strategic partners and ten financial sponsors, including a group previously expressing interest in buying the company. More extensive discussions were held with ten companies, but no actionable proposals were submitted, with market conditions and financing difficulties cited as reasons for not proceeding. Activist shareholders who had argued that the firm should be sold off have already expressed dissatisfaction with the result, and shares have fallen 7% in trading since.

The firm, which is led by CEO Mikkel Svane (pictured), is online at www.zendesk.com .