Sydney, Australia-based marketing investment analytics start-up Mutiny has appointed former Mediabrands / Starcom exec John Sintras as President, US and Multinational, to lead expansion into the US. 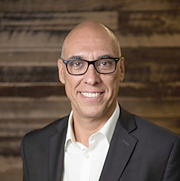 Mutiny's flagship platform, WarChest, has been developed to help marketers get more value out of their marketing by uncovering and analysing past decisions, and then predicting the value of future choices. Earlier this year, the company raised $2.4m in a seed round of funding, which it is using to further develop and grow its SaaS platform.

Sintras (pictured) joins after leading management consultancy Discidium, before which, he was Head of Global Business Development at IPG Mediabrands, and Global Head of Product and Strategy at Starcom Mediavest Group. Earlier in his career, Sintras spent seventeen years at Leo Burnett.

Matt Farrugia, co-founder, comments: 'The US is a crucial market with incredible expansion opportunities. John has decades of experience with econometrics, the use cases and the areas we want to play in. He's additionally trusted, considered and empathetic in his approach, which runs at odds to conventional styles of market engagement. We've found demonstrating the product to be key, and John understands how people use the product more than anything.'

The firm has also hired Dan Gooden as Head of Engineering, and Jo Hines as VP of Success. Gooden was previously Airtasker Chief Data Officer, and Data Engineering Team Lead at Domain; while Hines was previously Director of Customer Success at Lexer, and served in roles at Initiative, Nunn Media, OMD, and more.