Kantar has completed the sale of Kantar Public to pan-European private equity firm Trilantic Europe. Financial terms have not been disclosed. 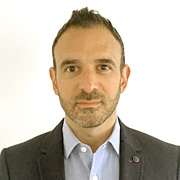 Established in 2016, Kantar Public originally pooled expertise from around the group to offer advice on the delivery of public policy, services and communications. The business currently employs more than 900 people in over 21 countries, and Trilantic Europe says it will partner with Kantar Public CEO Michelle Harrison and her leadership team to deliver the next phase of growth.

The sale was originally announced in May, and Kantar Public will now establish itself as an independent evidence and advisory company for government and public sector organisations. Anthony Bellau (pictured), who led the Trilantic Europe team on the deal, comments: 'We are delighted to have reached this major milestone with Kantar Public now becoming a standalone business. In the current climate where the impact of policymakers around the globe is under enormous scrutiny, we believe that Kantar Public is better positioned than ever to deliver its market-leading data and advisory services.'