Ipsos has appointed 24-year company veteran Jean-Michel Mabon in the role of Head of Mergers and Acquisitions, responsible for overseeing buys in connection with a growth plan the group announced in June. 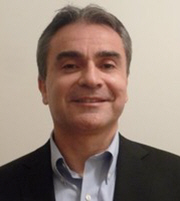 After joining as a Director in September 1998 Mabon (pictured) worked in various divisional and regional CFO roles, beginning with growing the group's network in Latin America. In January 2014 the title of President, Global business Finance and Quoting was added his existing role as CFO of Ipsos Marketing; and four years ago he became the group's COO. Before Ipsos he worked at manufacturer CAMIF and briefly at Renault.

In mid-June this year, Ipsos unveiled a four-year plan to accelerate growth and shareholder value, including spending between EUR 100m and EUR 200m per year on 'smart acquisitions': Mabon's new role will focus on guiding and accelerating this strategy, boosting both the firm's geographies and service lines.

Global CEO Ben Page comments: 'Jean-Michel is a widely respected professional with a deep understanding of our industry and how it is transforming - and importantly is someone with a deep knowledge of Ipsos and its future growth'. Mabon himself comments: 'Acquisitions and partnerships will continue to be a growth driver for Ipsos, I am thrilled that my market research and financial experience will contribute to the execution of the 2025 growth plan'.