In the US, mobile research specialist MFour has launched a new unified home for all its SaaS products, under its existing MFour Studio brand. Within it, a new analytics workbench called Consumer Explorer allows clients to blend consumer opinion data from surveys with behavioral data collected via observation. 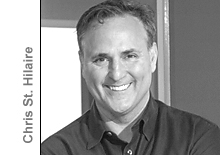 MFour uses GPS technology to collect information at what it calls the 'point of emotion'; and its Surveys On The Go (SOTG) app provides access to an all-mobile panel, tracking more than ten million consumer app, web, and brick-and-mortar journeys. Last year, the firm launched an omnichannel consumer journey platform called Atlas Views, with access to 100,000 'demographically balanced' consumers - this is now part of Studio.

The new MFour Studio unites survey data with consumer behavioral data from SOTG - the latter totalling some 500 million events every 90 days. Clients can use the new Consumer Explorer tool to combine and visualize these two streams - a task MFour says could only previously be accomplished by using expensive data science hires and complex platforms like MySQL, if it was done at all.

The relaunched Studio also provides access to the company's Persona Views - which delivers brick-and-mortar data on visits to locations over time, as well as app and web data measuring consumer digital traffic; and puts the firm's Survey Builder and Data Marketplace at users' fingertips. CEO Chris St. Hilaire (pictured) comments: 'Consumers own their shopping and search data, and want to control who gets it. We believe in 'Fair Trade Data' - compensating people fairly to share their app and web behavior - which helps our clients to survey specific behavior'.