In Canada, not-for-profit the Marketing Research and Intelligence Association (MRIA) has announced that it has agreed to support the transition of its members to the Canadian Research Insights Council (CRIC), ESOMAR, and CAIP Canada, as it winds down the organisation. 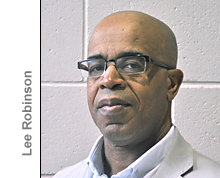 Canada's long-time industry body the MRIA was formally wound down in 2018, as a result of a 'shortfall' in its finances. The void was taken by CRIC, which was set up soon after the MRIA's bankruptcy. However, MRIA then re-launched the following year, with CRIC warning that this would result in confusion - both in the marketplace and with regulators.

Since its launch, CRIC has issued standards specific to the country, for the conduct and release of public opinion research, and it launched a Research Verification Service, which allows the public to check online the legitimacy of research projects, and to submit feedback or register complaints about CRIC member companies and others inviting them to participate in research. The organisation also partnered with Global MR association ESOMAR, to adopt a localised version of the ICC/ESOMAR Code of Conduct.

In a statement released yesterday, Lee Robinson (pictured), MRIA Executive Director, said: 'Following the unanimous support of our Board and members, the MRIA is pleased to announce that it is moving forward with an agreement with the Canadian Research Insights Council (CRIC) that will unify the market research industry in Canada. Under the agreement, MRIA will support the transition of its members to CRIC, ESOMAR and CAIP Canada and dissolve the MRIA.'