YouGov has won the battle of the pollsters in London's Mayoral race, correctly predicting the result and the margin, and leaving more egg on the face of outgoing Mayor Ken Livingstone whose team had claimed its survey figures were 'farcical'. 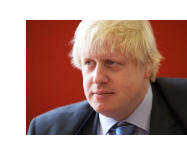 The polling firm conducted six surveys for the Evening Standard newspaper during the five weeks in the run-up to the election. All six showed tory candidate Boris Johnson ahead of Labour candidate Livingstone by margins ranging from 6% to 12%. Its final poll was published on the day of the election last Thursday, and showed that Johnson was in the lead by 53% to 47%; figures which were borne out as accurate by the final results.

Telephone polls by other firms including Ipsos-MORI had suggested a much closer result and in some cases a win for Livingstone.

Last month, Livingstone aides complained to the Market Research Society that YouGov was using flawed methodology which they said over-estimated the number of Londoners aged 55+ and did not take into account the much larger ethnic minority population in the capital.

YouGov President Peter Kellner commented: 'We have been confident throughout the campaign that our methods would be vindicated - as they have been in a number of previous elections. Equally, telephone surveys have consistently overstated Labour's support in this campaign, as they have done in past elections in London.'

A gleeful Kellner - who had suggested he would resign if Livingstone won the election - offered this weekend to help other market research companies to investigate where they had gone wrong and work out how to improve their performance in the future.

Figures for the last pre-election YouGov poll came from a survey of a representative sample of 1,578 Londoners between 28 and 30 April.