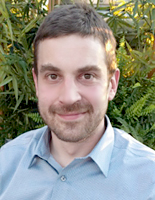 The firm is led by Arbitron Mobile founder Hannu Verkasalo, who previously set up Finnish mobile measurement firm Zokem, which he sold to ratings giant Arbitron in 2011. After the sale, he continued to lead the firm, which was renamed Arbitron Mobile, has since been acquired by Nielsen and now forms part of Nielsen Audio.

Lindberg (pictured) joins Verto Analytics' Finnish Center of Excellence, managing and supporting larger customers across the globe. He previously worked with Verkasalo as CTO of Zokem, overseeing the architecture and design of the firm's data collection platform, and designing and implementing its engineering process, including version control, bug tracking, and automated testing. After Zokem's sale to Arbitron, Lindberg became CTO of Arbitron Mobile, and later CTO of Nielsen Audio.