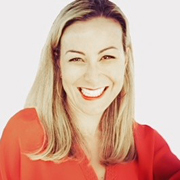 Founded in 2012 by childhood friends and University of Notre Dame alumni Aaron Wenger and Chris Kelly, Survata began by providing 'Survey Walls' as a means of accessing online content, and has evolved its offering with launches including niche audience service Segment Surveys. Less than two months ago, the firm secured $14 million in Series B funding, which it is using to further develop its ad measurement suite.

Boen (pictured) joins after selling UBMobile to sampling and data collection provider Critical Mix. Prior to its sale, the firm launched a Gesture-Based Surveys platform (GBS), using mobile device actions such as dragging, swiping, tapping, and capturing images and videos. Earlier, Boen co-founded online data quality provider TrueSample, which was acquired by Imperium last year; and was VP of Federated Sample (now known as Lucid), having previously worked for MarketTools and Zoomerang (both acquired by SurveyMonkey), where she went on to serve as Head of Sales.

In her new role, she will lead all aspects of Survata's market research business, while strengthening its mobile, geolocation and respondent-targeting capabilities. In addition, she plans to integrate her '3D Insights' approach, where stated and behavioral data are captured and combined with geolocation and real-time data. Chris Kelly, co-founder and CEO, comments: 'While we've had a successful journey so far, we recognized that Dyna's deep experience, innovative approach and technology expertise in market research would allow Survata to more quickly become a complete platform for brand intelligence'.