The Board of Northumberland-based insights firm DRG has invited Paul Wealleans, Client Services Director at Panelbase, to take on the leadership of its online research supplier following the sudden death of its founder Angus Webb. 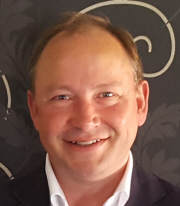 Webb joined Dipsticks Research Group (DRG) in 2002, and after eighteen months became a member of the DRG Board of Directors and set up Panelbase, which he grew to a community providing access to more than 300,000 UK adults and more than 50,000 under-16s. He died on 8th April 2020 from the COVID-19 virus, and DRG co-founder John Raglan has since received more than 700 e-mails of condolence from across the globe.

Wealleans (pictured) became Panelbase Project Manager in 2014, after roles in the newspaper industry: first at Northeast Press, where he latterly served as Divisional IT Manager, and then at The Scotsman as Director of Group Services; followed by a stint as Customer Service Associate at outsourcing company 2Touch. Raglan says he has 'introduced a new energy in the team with a keen focus on client needs and team building'.

Through a LinkedIn post, Wealleans described Webb as the 'single most influential person I have ever had the pleasure to work with', adding that all future decisions will be influenced by 'my friend, my soulmate and my boss, Angus Webb'.

In a statement, confirming Wealleans' leadership appointment, Raglan explained: 'It is now 3 weeks since Angus' untimely passing and we would like to thank everyone for their messages that have provided enormous comfort to all of us at DRG and Panelbase. Angus' family have also found it comforting to see how much affection and respect there is for how our 'gentle giant' conducted his professional life. Panelbase was Angus' baby, so we are determined to look after it, and the vision, culture and service ethic of Panelbase remains the same. It was always shared by Angus and well understood by the team. Paul worked closely with Angus for over 6 years so although he has been appointed amidst tragic circumstances we hope that his appointment will provide continuity for our clients, staff and the company'.