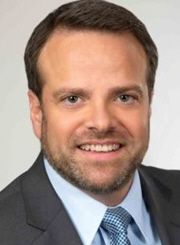 SMI accesses actual invoices from media buying groups and independents, using it to create a database for clients and agency partners. This data, which the firm says accounts for 85%+ of all agency spend, is used to provide ad intelligence across all media types, including television, digital, out of home, print and radio; and currently six countries, growing to eighteen by early 2021.

Tatta (pictured) co-founded 605 in 2016, and stepped down last September to 'pursue his passion for start-ups and new ventures'. He previously spent a decade at Cablevision, where he latterly served as President of Media Sales, responsible for overall media sales strategy, technology, budget and results. Earlier, he was SVP/General Manager of digital marketing agency GSI Studios (part of now eBay owned GSI Commerce); COO of the TV and digital media division of Lagardere Media; and SVP, Interactive Entertainment at USA Networks' digital media and tech division. Earlier he held senior roles at digital media agency Concrete Media; and ran corporate marketing for the tech services division of IBM.

In his new role, Tatta will lead SMI's growth in the US, having already contributed to the development of a suite of new products. He reports to Global CEO James Fennessy, who comments: 'As we expand into new verticals we were looking for a senior executive who is trusted and respected in the industry, by media buyers, sellers and the measurement community. Ben has the perfect mix of experience and a unique skill set, which will help to propel the growth of the company through new and innovative partnerships'.