Nielsen is carrying out an 'optimization plan' to drive permanent cost savings and 'operational efficiencies', which will result in the loss of around 3,500 of its c.46,000 employees. The firm also plans to exit several smaller, underperforming markets and non-core businesses in H2 2020. 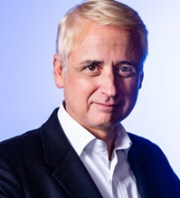 Last year, Nielsen announced plans to spin off its Global Connect business, which is similar but not identical to the former 'Buy' segment - creating two independent publicly traded companies with the other being Nielsen Global Media. Then in April, the group reported a 0.3% drop in first quarter revenues to $1.56 billion, equivalent to a 1.5% rise on a constant currency basis; while turning a net profit of $43m in Q1 2019 into a net loss of $18m a year later. Adjusted EBITDA remained positive.

As a result of its announced restructure, Nielsen now expects 2020 pre-tax charges of $150m to $170m, compared with the guidance of $120m to $140m provided in April. The latter already included the impact of the optimization plan, with the exception of the market and business exits announced today. According to a statement, Nielsen expects the plan to be largely completed in 2020 and says that restructuring and other initiatives should drive c.$250m in pre-tax savings. In addition, the firm estimates $40m to $50m of non-cash, pre-tax impairment charges in the second quarter related to the planned exits.

CEO David Kenny (pictured) explains: 'These restructuring actions will further expedite our transformation to a more efficient, agile, and scalable organization and are designed to drive sustained margin expansion and increased cash generation. As part of the optimization plan, we have made the difficult decision to exit selected businesses and markets and permanently reduce our workforce. While these are important actions to take, I recognize the impact they have on our people, and I am grateful for the important contributions made by these talented associates during their time at Nielsen'.

The company plans to provide a detailed update on second quarter results and the 2020 outlook on August 5th.