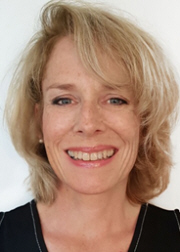 Gombault (pictured), who is American but has lived in Paris for the past 27 years, joins after more than a decade at Ipsos, where she most recently served as SVP, Client Activation leader, EMEA & APAC, driving segmentation, brand strategy and shopper solutions. She joined the company in 2010 as MD of innovation and forecasting business Ipsos Marketing InnoQuest, having previously worked for Synovate (acquired by Ipsos in 2011) as Department Head FMCG and European MarketQuest Director. Earlier, she part-owned Socioscan (sold to Synovate in 2005), after beginning her career at Research International.

In her new role, Gombault will support growth initiatives across the European region. CEO Alex Hunt comments: 'With Karen at the helm of our EU business, we can better serve our clients while bolstering the staff leadership for expanded growth. We are thrilled to have Karen take on this new role to further push us to progress becoming better partners with our clients globally'.